Established in 1993 in response to underwriters withdrawing their support for local government in Public Liability and Professional Indemnity cover, Statewide Mutual has consistently been there for its Member Councils.

Before our mutual model was established, individual councils with poor claims records were being heavily penalised and many had difficulty obtaining cover. They were being insured several ways such as directly with underwriters or through brokerage firms.

This scenario was particularly volatile. Claims were spiralling out of control and premiums were rising rapidly. Annual premium increases of 20-30% were not uncommon. Underwriters were declining to provide cover in increasing numbers as a result of high claims costs.

At the time of Statewide Mutual’s formation, there were few underwriters in Australia willing to write local government business. 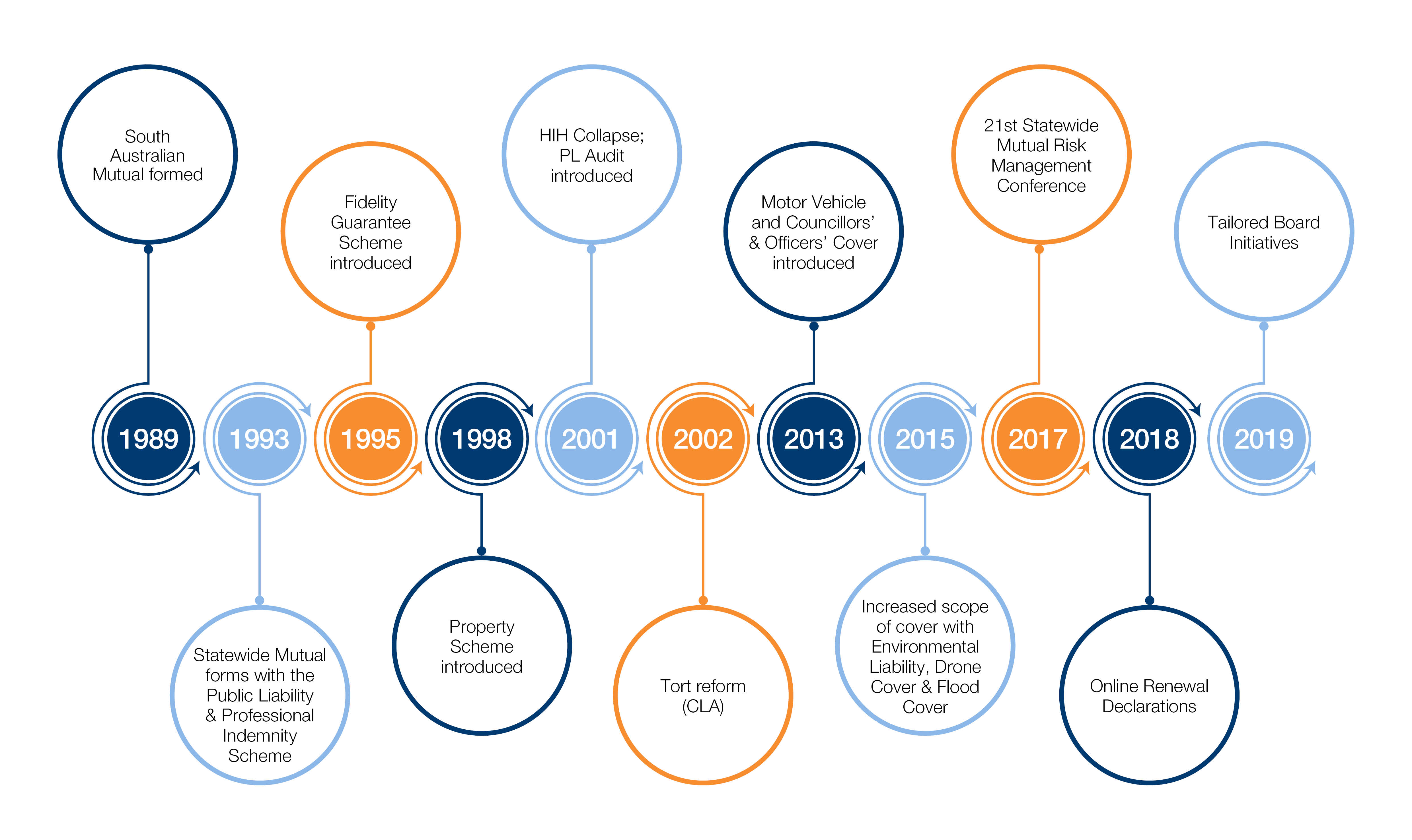