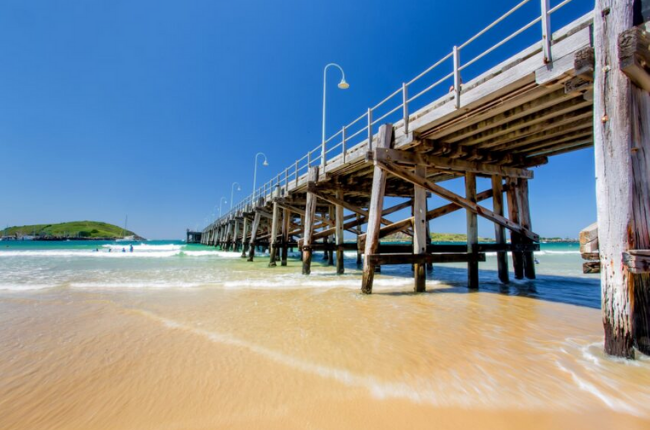 On 30 September 2011 Tedmund Polglase, who was then five years of age, was walking along Coffs Harbour Jetty with his grandparents when he fell from the jetty to the sand below, a distance of approximately four metres.

The jetty was originally constructed in the 19th Century and opened in 1892. Subsequent widening and lengthening of the jetty as well as construction of rail lines and installation of a crane ensured its commercial use. It ceased commercial shipping use in 1979 and thereafter, fell into disrepair. It was closed in 1990 due to safety reasons.  The NSW Government decided to conserve it and in March 1996 commenced restoration works.  Council representatives attended steering committee meetings pertaining to the restoration works.  The jetty refurbishment was undertaken under the direction and control of the State.

Council agreed it would accept ongoing maintenance responsibility for the jetty once the refurbishment works were brought up to sufficient standard to enable the jetty to be used as a walkway and once a satisfactory legal arrangement had been entered into between the State of NSW (the State) and Council.

The restored jetty works were completed in October 1997 and the jetty was reopened to the public at that stage. Handover to Council did not take place until 18 October 2002.  In the intervening five year period, two incidents occurred when one child fell from the jetty deck and a second child nearly fell – but for the intervention of another user of the jetty.  A further incident was reported to Council in May 2007 when a young child nearly fell from the deck but one of his parents grabbed him in time.  No alterations were undertaken to the jetty’s railing following those incidents.

Railings were installed along the length of the jetty on both sides. They comprised a kickboard at the bottom and two horizontal rails.  Liability experts agreed there were no specific Australian Standards to address design and installation of the jetty’s railings.  Rather, portions of one or more Australian Standard were adopted.

Although the actual incident was not witnessed, it was generally understood the plaintiff slipped through one of the two gaps between the rails. Both were sufficiently wide to accommodate his size at the time.

The plaintiff’s claim against Council was that in circumstances where the jetty was open to the public and intended to be used as a walkway, Council had a duty to ensure young children could not fall to the sand/water below as a consequence of the railing structure.

The plaintiff’s claim against the State was that when it designed and constructed the railing, it should have been made safe for use by young children.

The plaintiff’s claim against the grandparents was made on the basis that when the plaintiff was in the vicinity of the railing with a drop to the sand below, they ought not have let him out of their sight and ought to have held onto his hand(s). When he was adjacent to the railing, his grandparents were one or two steps ahead of him.

His Honour Justice Cavanagh handed down his decision on 19 December 2019. He found Council was liable for the plaintiff’s injuries but that there was no breach of duty of care by either the State or the grandparents.

As against the grandparents, his Honour found they only moved away from the plaintiff momentarily.  It was not reasonable for them to have held his hand the entire time they were on the Jetty.  He was five, not two years of age.  The Jetty was a public walkway used by all ages.

As against the State his Honour found:

As against Council his Honour found it breached its duty of care. He found:

Council has filed an appeal against his Honour’s findings. That appeal will be heard on 17 and 18 September 2020.

This case highlights the difficulties Councils face when assuming control of a structure designed for public use but constructed under the direction and control of another entity. That is particularly so in circumstances where modification of a number of Australian Standards was the means adopted to guide construction of the structure.  In those circumstances, Councils will have an ongoing obligation to carry out risk assessments and consider the implementation of modifications to address risks identified.