Social media risks on the rise and here to stay 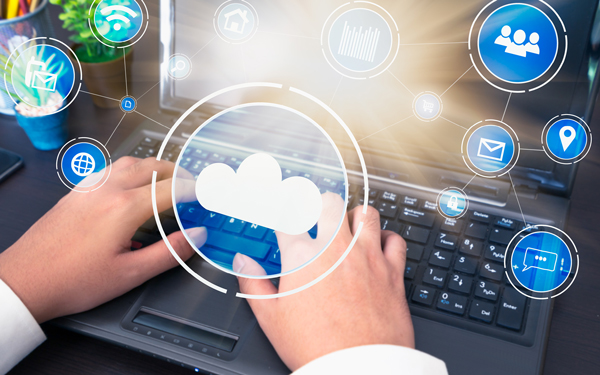 Social media is now firmly embedded in our society, accompanied by a range of challenges. We explore two modern social media issues for councils: cyber-attacks and online public risk notifications.

Besides its questionable and somewhat ironic impact on the sociability of Australians, social media is increasingly part of our everyday life.

Organisations often disallow use of non-essential social media in the workplace, with some implementing a zero-tolerance policy. However, this measure is tough to track or control, especially with the proliferation of mobile devices.

Using Facebook as an example, here’s how these attacks can work: A seemingly innocent post will catch an employee’s eye while they’re scrolling through the usual stream of friends’ holiday pictures and funny memes. They’ll click on the post and malware, short for malicious software, becomes activated.

The attackers can then gain access to all the information on the employee’s computer – and possibly the organisation’s shared network. Quite often, the organisation isn’t even aware of the security breach.

Known as ‘spear phishing’, attackers can use a victim’s publicly available personal information, hobbies, locations and user data to craft appealing posts. They can also pose as a friend within a social network. This dramatically increases the ‘clickability’ of such posts, at the same time making them attractive to share. The potential ‘viral’ effect of a cyber-attack is alarming.

Unlike the Nigerian prince email-based scams, most users aren’t nearly as suspicious of social media based cyber-attacks. It’s estimated that 30% of scam emails are opened, yet this increases to 66% of spear phishing messages sent through social media2.

What does this mean for local government?

It’s unfortunate that we live in a world where no individual, business or organisation is safe from social media cyber-attacks.

Motivated by substantial financial gains, attackers seem to remain one step ahead. Experts agree that even the most advanced malware protection software isn’t enough to stop all attacks.

In consideration of this, social media users are urged to take additional precautions. These include:

Protection against emerging risks through access to broad coverage is yet another benefit of Statewide Mutual membership.

Picture this scenario: a section of footpath in your community displaces following heavy rain, exposing a shallow void below. A resident notices the damage and posts about it on Council’s Facebook page. The liability risk isn’t picked up and acted upon by Council’s risk department.

A few days later, another resident stumbles on the section of path while walking their dog at night. They land awkwardly in the exposed hole and significant injury results.

Such a hypothetical raises many questions. Was Council given appropriate warning of the risk? Why didn’t they fix the problem when notified? Does ignoring the liability risk potentially increase culpability in the eyes of the law?

What the experts have to say

Greg Daniel and Anthony Mason from KPMG’s Social Media Intelligence Group spoke on the topic at last year’s Risk Management Conference. They raised some interesting points in urging councils to embrace social media and treat it as a mitigation tool towards limiting risk exposure.

No doubt ratepayers find hammering out a Facebook post much easier than emailing or calling Council with a complaint or risk notification.

“Local communities feel empowered by being able to access Council on social media,” Greg continued. “It makes local government more accessible to ratepayers” who have every reason to use social media platforms as another notification medium.

We’re unaware of any cases being tested in court involving risk notifications through social media. However, experts such as Anthony Mason believe, “Social media information is legitimate courtroom evidence.” He goes on to express the view that, “Someone posting on a Facebook page will be considered due warning [of an incident]… and the courts will say you should have known because it was within your digital infrastructure.”

Anthony believes there will be high profile cases in Australia’s near future where social media data changes culpability around an incident.

Sound monitoring programs are vital in staying abreast of public discussion on Council’s social media accounts. This may include Council’s risk managers working with the traditional marketing and PR department to gain oversight of social media content.

Software tools are also available to create auto-alerts for keywords and phrases being used by the public on social media. Such technology aims to notify a council when their name is used in conjunction with words such as broken, collapse, danger or sue.

Talk with your IT team for specific information on how to best protect Council from social media cyber-attacks.

Your Account Manager can put you in touch with KPMG’s Social Media Intelligence Group to address any queries regarding Council’s risk exposure through social media. You can also download KPMG’s ‘Social Media for Local Government’ fact sheet.