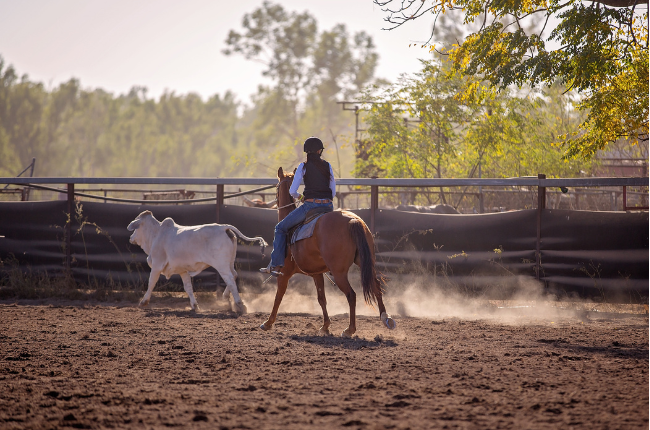 The High Court has recently handed down judgment in Tapp v Australian Bushmen’s Campdraft & Rodeo Association Limited [2022] HCA 11. The case involved Ms Tapp, an experienced campdrafter who sustained serious spinal injuries on 8 January 2011 while competing in an event organised by the Respondent.

The primary judge (Lonergan J) in the Supreme Court of NSW dismissed Ms Tapp’s claim in negligence and this decision was upheld by the NSW Court of Appeal (Basten and Payne JJA, McCallum JA dissenting). The questions on appeal were whether Ms Tapp established the Respondent had failed to take reasonable precautions against the risk of injury (where such breach caused her injuries) and secondly, whether section 5L of the Civil Liability Act 2002 (NSW) (CLA) operated to deny liability on the basis that Ms Tapp’s injuries were the materialisation of an obvious risk sustained during a dangerous recreational activity.

Kiefel and Keane JJ found Ms Tapp failed to prove the deterioration of the arena’s surface is what caused her horse to fall or more specifically, what precisely caused her horse’s legs to slip. Part of their reasoning involved the fact that the arena was ploughed the morning following Ms Tapp’s incident could not be relied on to inform the Respondent’s appreciation of the surface’s deterioration or the reasonableness of certain precautions which ought to have been taken. This was referred to as the “dangerous lure of hindsight reasoning”, to which end they referred to section 5C(c) of the CLA.

Kiefel and Keane JJ also noted the safety of the competitors was not the only consideration relevant to the decision of whether to suspend the competition, given this is a sport where competitors are willing, indeed even eager, to engage in a recreational activity which is fraught with risks. After all, campdrafting involves riding a horse at high speeds, often a full gallop, while manoeuvring livestock around tight corners.

The majority (Gordon, Edelman and Gleeson JJ) allowed the appeal as they held the Respondent breached its duty of care by failing to suspend the event and inspect the surface of the arena, while considering the safety of the contestants. This was in circumstances where its directors were aware of the substantially elevated risk of a competitor sustaining injury, given there had been four bad falls prior to Ms Tapp’s injury and they had been warned on multiple occasions by an experienced campdrafter who considered the event ought to be stopped. Instead, multiple remarks were made that participants should simply “ride to the conditions”. Importantly, the majority held Ms Tapp’s injuries were not the result of a materialisation of an obvious risk.

Mr Shorten gave evidence for the Respondent that he considered the condition of the ground which was not wet but moist in parts, yet dust was still flying up. He gave evidence that prior to Ms Tapp’s injury an announcement was made over the loudspeaker that competitors could withdraw if they wished and be refunded their entry fees. Ms Tapp did not hear this warning as she was warming up her horse away from the arena, nor was she aware of the complaints made about the condition of the arena’s surface or the four falls which occurred before she competed in the open event.

The appeal was allowed, with verdict and judgment for Ms Tapp, who was awarded $6.75 million plus costs. The procedural history of this matter reveals the complexity and importance of properly characterising a risk including when considering section 5L of the CLA. In this instance, nine judicial officers considered the issue, five of which found the Respondent took reasonable precautions and of that five, three considered the defence under section 5L applied. Despite this, the Respondent was not successful following the appeal to the High Court.