The sea is claiming NSW properties: Can councils be held liable? 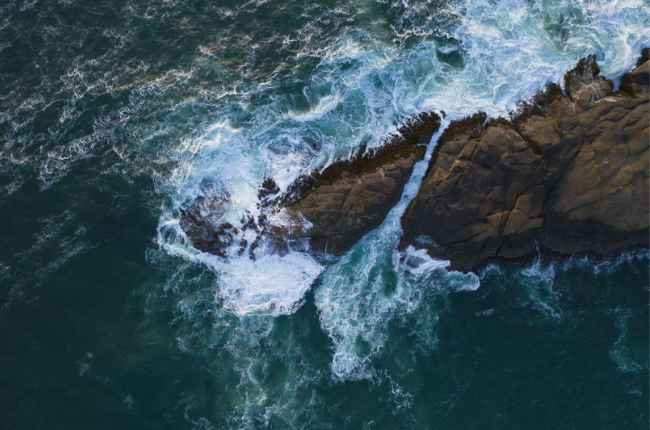 New South Wales beaches are always in a state of flux. Sand naturally migrates along the coastline thanks to a combination of wind and wave activity. This seemingly benign phenomenon isn’t such a pleasant reality for owners of top-priced waterfront properties.

Storm action has been exacerbating this sand shift in 2020, with property along the NSW coast falling into the sea. This has led to homeowners headlining the news in Wamberal as they consider class action against Central Coast Council.

But can local governments be held liable for not installing infrastructure to protect these properties? At Statewide, we don’t believe their claims stack up.

The bigger picture: Why is this an issue?

According to research based on mapping shorelines with satellite imaging, Down Under is going to lose 40% of its beaches over the next 80 years.

So, Australia’s beaches are receding – like it or not.

As sea levels rise and climate change brings increasingly extreme weather events, a growing number of people are going to be left without a remedy for significant losses.

The bottom line? They’ll want to lay blame, somewhere. And naturally, that means we’re going to be seeing more and more of these proposed class actions against councils.

So, why do we believe councils should not be held responsible?

Firstly, councils are obliged to use money fairly for all residents, not just a select few.

For example, in the case of Wamberal, a protective wall for the luxury beachfront properties would cost around $10K-$30K per one metre of wall.

This is an extraordinary outlay of council funds for the small number of citizens affected by this particular issue.

Councils must consider where else that money could be invested for maximum greater good. They also need to consider how their ratepayers would feel about funding infrastructure that would benefit so few.

Layering that issue is the limited power of local government. Even if councils do decide a protective wall is in the best interests of their public, it’s not entirely up to them.

This is a particularly pertinent point for residents who offer to contribute financially from their own pockets.

That’s because councils are constrained by the NSW State Government on what they can and can’t do when it comes to the coast.

Coastal zone management plans are matters for both local and state governments. If residents don’t agree with decisions, contested views are then subjected to the Land and Environment Court.

So, why don’t councils simply get state approval?

If a protective wall, revetment or groyne was erected, modelling and history shows that the problem will simply be moved elsewhere. In other words, the ‘can’ will just be kicked further down the road – or down the coast, as the case may be.

State departments must therefore take a holistic look at impacts to the shoreline.

For this reason, it is notoriously hard to secure approval for works that could lead to erosion and bulk sand shift in other areas of the coast.

The last issue to weigh up is whether councils can be blamed for granting these properties development permissions in the first place.

It will be tough to argue that these dwellings, which have existed for decades, were improperly approved.

The extreme weather events we see today are significantly different to those councils considered when granting approvals.

Moving forward, councils may decide to add notations to property titles to let future purchasers know their turbulent history. And this will undoubtedly impact the value of affected properties.

How we have seen this play out in Belongil

In a dispute settled in 2016, homeowners north of Byron Bay in the Belongil Spit have been taking action against Council since the early 2000s.

Their claim? The wall Council built to protect the town centre was exacerbating erosion to the spit.

They claimed the wall was speeding up the erosion and eating away at the beach in front of their luxury homes, which were all built along what’s known as ‘Millionaire’s Road’.

Essentially, they blamed Council for their properties’ diminishing value.

What can we learn from this? Unfortunately, not as much as we may like. The matter settled out of court, which means there is no case law or precedent set. But it illustrates the nuance and complication in this area of the law.

Looking ahead – where to from here?

With Statewide, your council will have comprehensive coverage if this type of class action occurs. This assurance is critical given the high costs involved in these types of matters.

For well over 10 years, insurers have been concerned about the effects of climate change. And the increase in catastrophic weather events is certainly now being felt through increasing insurance prices.

This class action is an interesting matter. That’s why we back our councils with everything we have – to ensure an unsustainable case law precedent isn’t set.

Statewide will fight hard so that, in future, councils won’t be unfairly burdened with the task of protecting private assets from the unstoppable hand of nature.