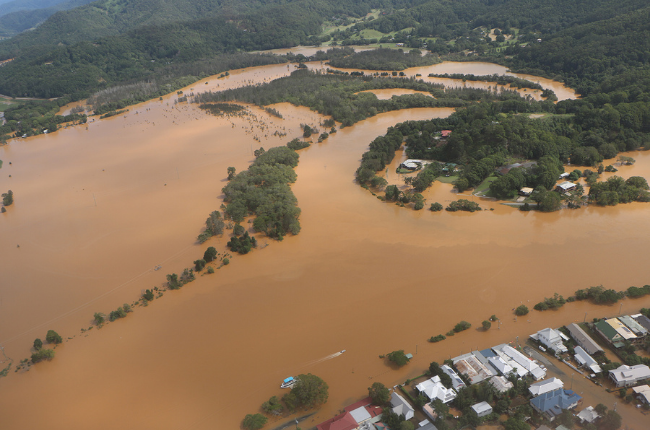 Located at the centre of the Southern Hemisphere’s largest volcanic caldera, the Tweed Shire boasts a stunning natural vista, surrounded by the Border Ranges to the west and pristine beaches to the east. Meandering through the region is the Tweed River and its two major tributaries, the Oxley and Rous rivers, which collectively drain the Shire of its 1600mm of annual average rainfall.

By virtue of its topography, floods are expected, with few communities as experienced in dealing with such events as the Tweed. So, on Thursday 30 March 2017, with ex-Tropical Cyclone Debbie tracking towards the region, the team at Tweed Shire Council was alert but not alarmed in preparing for a predicted deluge of 350mm.

But the picture changed dramatically that night when the Category 4 storm hit, dumping a whopping 450mm of rainfall in an area already sodden by earlier rains. At the peak of the flood, the volume of water flowing down the Tweed River at Murwillumbah would have filled 120 Olympic-sized pools per minute 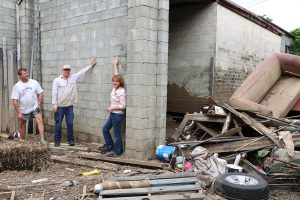 IMAGE 1: Tweed Mayor Katie Milne, Cr Pryce Allsop (left) and a business owner point to the record high water mark at a Prospero St premises in South Murwillumbah, in the aftermath of the March 2017 flood.

The worst flood on record

Despite preparations, the storm left Council, residents and business owners unprepared, with widespread devastation across the Shire.

Thousands of residents were trapped or forced to flee their homes with the NSW SES issuing evacuation orders for multiple communities. The flood impacted the entire region, with houses, roads and bridges washed away and even the Pacific Highway inundated, splitting the Shire in two and cutting the main roadway linking NSW and Queensland.

The 2017 event earned the mantle of the Tweed’s worst flood in recorded history. It claimed the lives of six people, including the tragic loss of a mother and her two children when their van slid off the road and plunged into the Tweed River. Council was well supported in the subsequent Coronial inquest by Statewide Mutual and its legal team, and has implemented ongoing improvements to its operations in accordance with the Coroner’s findings.

With the Tweed Shire declared a Natural Disaster Area on 31 March 2017, the clean-up began. More than 2,100 homes were inundated and hundreds of businesses impacted. More than 18,000 tonnes of rubbish eventually ended up as landfill. 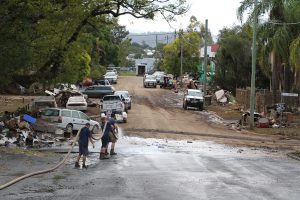 IMAGE 2: The big clean-up begins with a whopping 18,000 tonnes of flood rubbish from across the Shire eventually ending up as landfill.

One of the biggest challenges faced by Council was the expectation of continuity of services, particularly by the more populous areas to the north of the Shire who experienced little to no flooding impact. In the first week after the flood, our Contact Centre took a call a minute – or more than 2400 calls – while our Communications team issued more than 58 media releases during April.

Restoring essential services like water and wastewater was a top priority, with Council forced to truck in water to some villages while treatment plants were repaired.

The worst impacts were felt on the Shire’s road network, which was extensively damaged, eventually taking more than two years to fully repair at a cost of almost $29 million.

Despite preparations before the flood, Council was hampered in its response by its own losses, with 30 per cent of its operational fleet – including trucks, cars and small plant valued at $6.9 million – destroyed when its main depot at Buchanan St in Murwillumbah was inundated. Council has since worked closely with Zurich, its vehicle insurer through Statewide Mutual, to restore the fleet and complete an entire re-fit of depot offices.

Council’s community assets were also extensively damaged by floodwaters, with a dedicated team overseeing the demolition of two buildings and the repair of a further 30 buildings. Thankfully, Council had added flood insurance to its policy through Statewide Mutual prior to the event, and found its well-structured financial system, as well as good field-based evidence, made the property claims process easier.

Rebuilding after the storm

In the days after the flood, a Mayoral Flood Appeal was set up and eventually raised more than $350,000 to help eligible residents and businesses get back on their feet. Community recovery was further assisted through the opening of a Disaster Recovery Centre in Murwillumbah, which facilitated access to state and federal government services.

Council was itself hit hard by the disaster, with long-term financial impacts estimated at a total cost of $46.65 million. This was broken down between bridges and roads ($28.9 million); plant and vehicles ($6.9m), water and sewerage ($3.5m) and buildings and contents ($2.5m), with additional costs included damage to flood assets ($4.1m), riparian waterway infrastructure ($500,000) and sports fields ($250,000).

Extension services provided through Council’s membership with Statewide Mutual proved beneficial in the rebuilding process. Over the following 18 months, Council worked closely with JLT Forensic Services who guided officers through the property and business interruption claims process for both flood and storm damage.

Since the 2017 disaster, Council has updated its flood mitigation plans, incorporating key learnings. A new automated flash flood warning system has been developed for residents of three villages, while Council’s existing Tweed Valley Flood Study, completed in 2009, is being updated.

At Tumbulgum, a new Flood Warning and Response Service has been established with the Bureau of Meteorology, NSW SES and the village community association, which provides specific flood forecasts to the village. This project was awarded the Floodplain Management Australia NRMA Insurance Project of the Year Award in 2019 due to its collaborative approach, with prize money spent on new flood warning signage for the village. 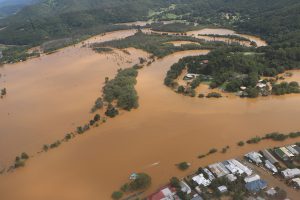 IMAGE 3: The village of Tumbulgum sits at the confluence of the Tweed and Rous rivers and is often the first place in the Tweed Shire to go under in a flood. A new Flood Warning and Response Service has since been established with the Bureau of Meteorology to provide specific flood forecasts to the village.

Another legacy of the flood is the establishment of Council’s online Emergency Dashboard. Launched in December 2018, the dashboard aggregates publicly available information from the SES and other emergency services and connects users to third party sites including the emergency broadcaster, BOM, power companies and road closure sites. The Emergency Dashboard won Local Government NSW’s RH Dougherty Award for Reporting to your Community in 2019.

Perhaps most significantly, Council established the South Murwillumbah Industrial Land Swap Initiative which will see the relocation of core businesses to a new industrial development sitting on higher ground. With the support of the NSW Government, the plan ensures long-standing businesses remain in the Shire and hopefully spares them from future flooding. The project was awarded first place in the 2019 NSW Resilient Australia Awards Local Government category. 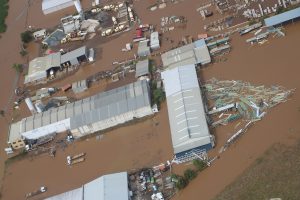 IMAGE 4: Some of Murwillumbah’s biggest employers suffered big losses in the deluge, prompting Tweed Shire Council to propose moving the companies to higher ground through an innovative land swap deal. This ensured the businesses stayed in the Tweed, with room to expand for the future.

For other properties, where flood risk is unable to be reduced to acceptable levels, Council has sought to remove them from the floodplain permanently through a voluntary house purchase scheme and a voluntary house raising scheme, while the introduction of tougher development controls has required Council to either consolidate some lots or buy back lots considered too risky to develop.

As we mark the fourth anniversary since the March 2017 disaster, we acknowledge the impact the current flooding event is having on Councils across NSW. We look back at the legacy of work completed since 2017 and trust our new floodplain management initiatives leave our community in a stronger position moving forward.